In the 19th century it became much more common for writers to try to make the subject of grammar more appealing to young children.  A new level of imagination and playfulness can be found in S. W. Clark’s Easy Lessons in English, which includes an address from the Queen of Good English, explaining the benefits of grammatical study. According to the Queen of Good English, “Of all the SCIENCES you will ever learn, the greatest is that of LANGUAGE; and the best language in the world is mine.” 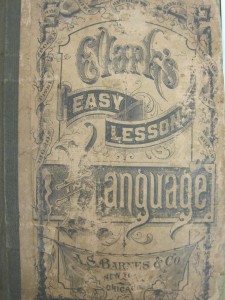 M. L. Nesbitt’s Grammar-land transforms traditional lessons about the parts of speech into a delightful short novel about a land whose inhabitants each represent a different aspect of grammar. In the story, Serjeant Parsing and Dr. Syntax must adjudicate a series of disputes between the different parts of speech. In doing so both they and the reader learn the basics of English grammar. 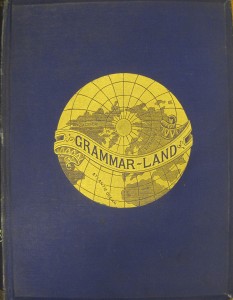 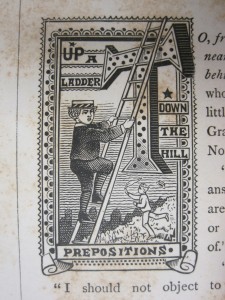 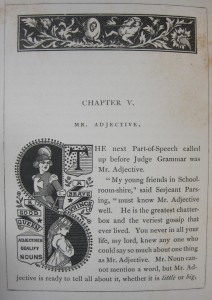 M. L. Nesbitt. Grammar-land: or, Grammar in Fun for the Children of the Schoolroom-shire. New York: Henry Holt and Company, 1878. Third Edition.

Language Lessons: Part One by Robert C. Metcalfe and Orville T. Bright, as well as Essential Language Habits by Wallace Charters, Esther Cowan, and Annette Betz are books of exercises in writing and grammar, that include the activity “Telling a Story from a Picture,” as well as jokes, letters, poems, vacation anecdotes, and much more. 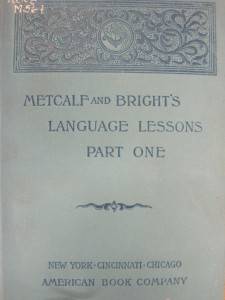 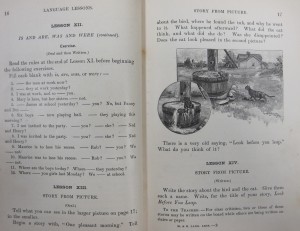 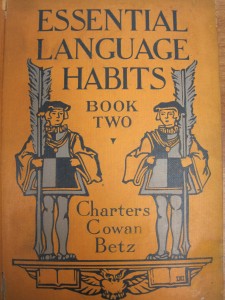 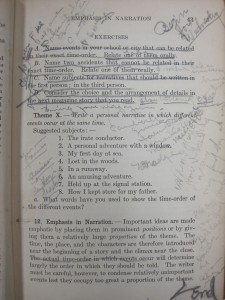